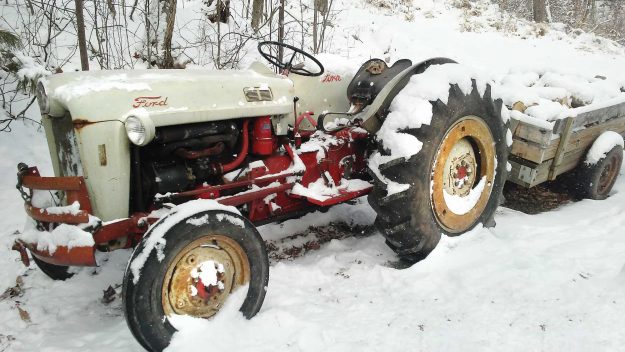 I bought my 1956 660 from a farm auction in the spring of 2015. To make the delivery, I drove it the twelve miles up the valley to our family cabin. It was a nice spring day. I called my mom who was watching my son, Isaiah. They were playing a game at the picnic table. When I came up over the hill, Isaiah realized it was me and came running out to the end of the drive, smiling ear to ear.

The tractor was in solid shape. It had brand new rear tires and a finish mower attached to it at the estate auction, which upped my top bid price. I don’t get to work on it very much because it is at our cabin and I don’t want to take up all of my weekends doing repair work, so I get a local shop to do many of the repairs. It has needed the oil tube going to the pressure gauge replaced and a new radiator.

The tractor is unrestored at this point. I like the dings and faded paint – it gives it character. The right fender has the paint worn off where the previous owner rested his arm while mowing. The trailer in the picture above is made from the axle of my maternal grandpa’s model A dump truck that was used on their farm. My dad and his dad had Ford tractors, so there is some family history.

I didn’t know much about Ford’s before buying it other than dad had one. His had a narrow front, maybe it was a 901, but I’m not sure. Mom had to sell it when Dad passed away in 1984. I do remember that it was a Select-O-Speed. I loved riding around on my 660 with my son and passing on a life in the outdoors. Isaiah and I also rode in the Fulton Fall Festival tractor parade in McConnellsburg, PA this past year.

We use the 660 mostly to drag or haul in wood, move stones, grade and plow snow. Our tractor is a worker. My feeling is that once a tractor is fixed up and painted, I would only want to show it. For now this 660’s major job is to get firewood, but we still enjoy riding it in the parade. 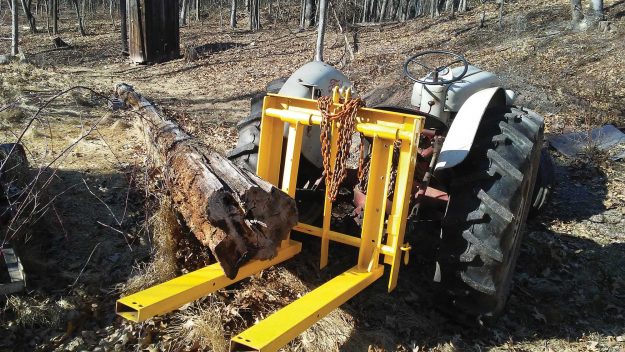 The fork at work cleaning the road.

I rebuilt a tandem axle trailer after pulling it out of the weeds. I’m a self-taught welder for the most part. I picked up hints and ideas from welders and took some classes. I bought a welder at auction and started practicing. The trailer was one of my first projects.

I also built a set of forks for the 3-point hitch. I got some of the materials at auctions and also at the junk yard. The pipe I bought at the junkyard. I had to buy the entire length, so I have enough for my next project – a lift boom. The gussets and diameter holes were burnt at my workplace, Habot Steel in York, PA. (I have worked in the steel industry since I was 19). They let me use the plasma machine. I cut everything else on my neighbor’s bandsaw or with my acetylene torch. 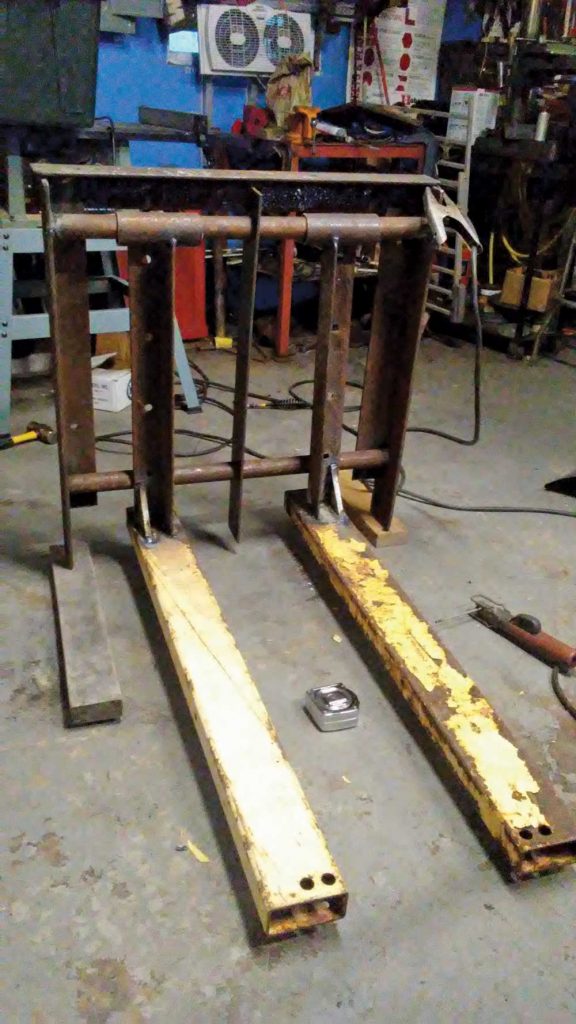 In the shop building the fork.

This involved lots of grinding and welding. I tell my son, “You can make anything with a torch, grinder and welder.” When I told him about this article he said, “I’m going to be famous! I’m going to be famous!” His name is Isaiah and he loves tractors. He has inherited his great grandfather’s Wheel Horse, which we take to the tractor parade too. 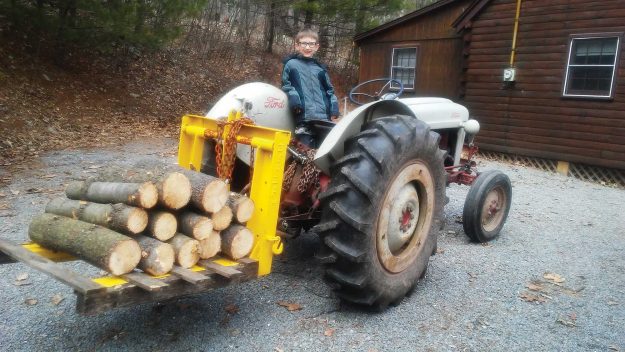 Isaiah helping to bring in the firewood! 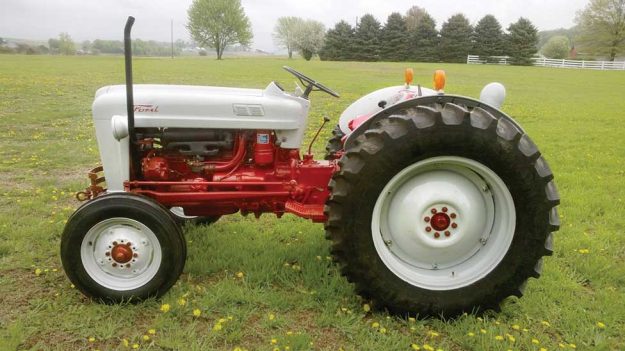 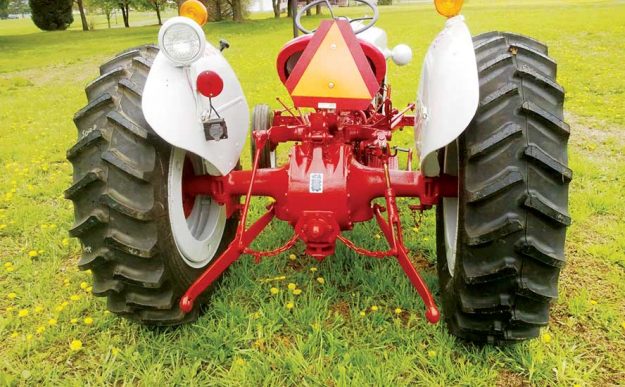 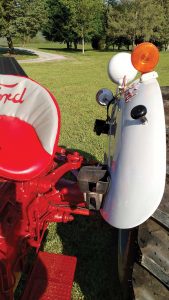 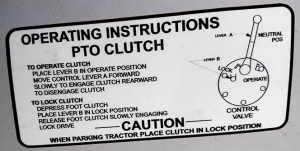 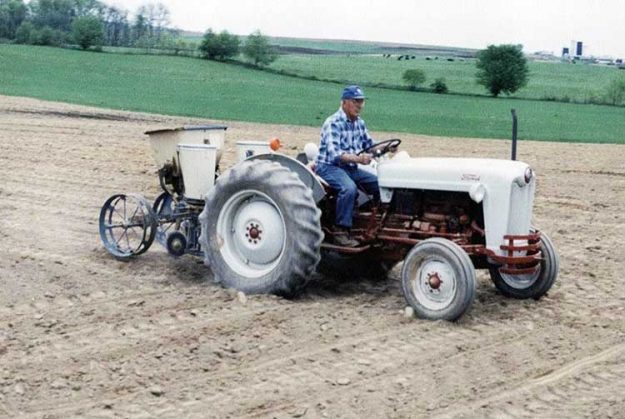 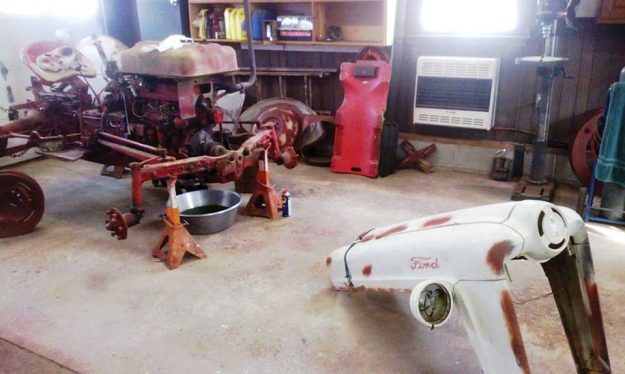 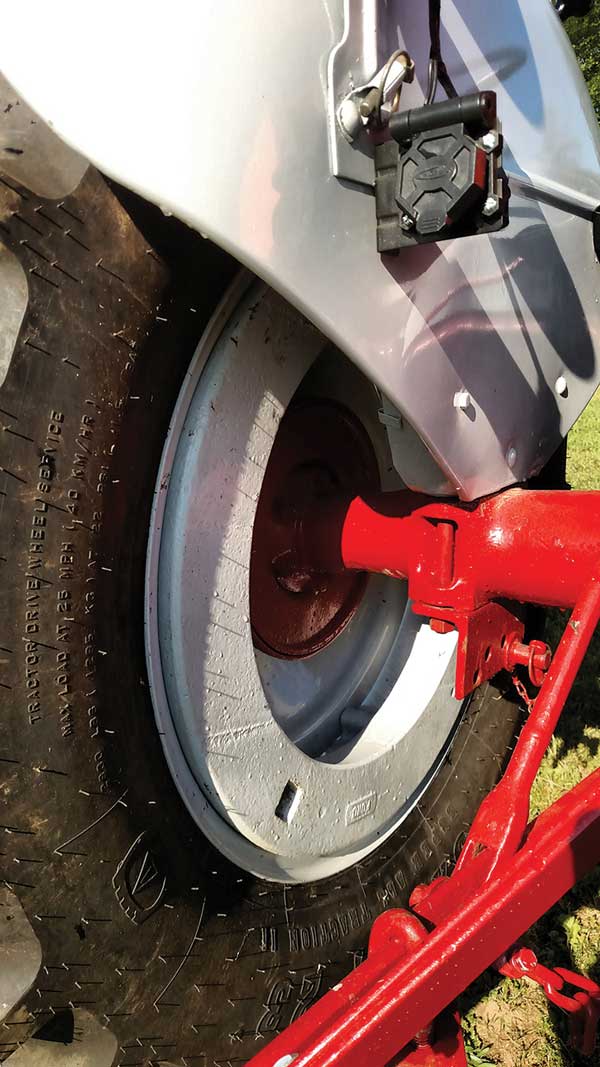 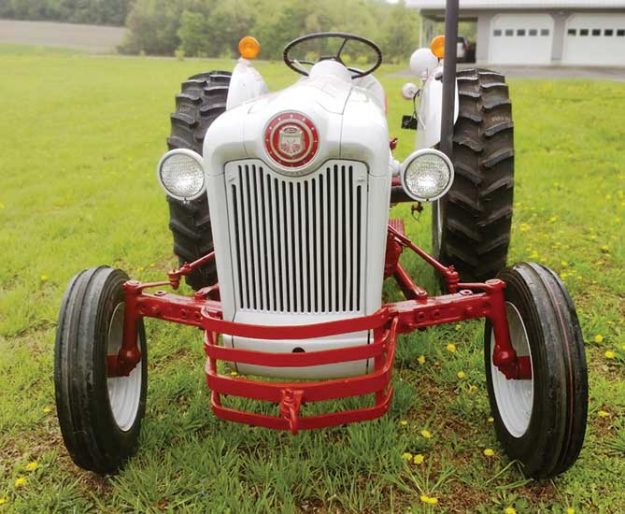 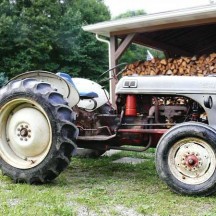 When the summer issue of the N-News arrived in my mailbox, my wife and I had just returned from grocery shopping. I immediately pulled a chair into the shade on the porch and began reading. I’m not sure my wife cares for the magazine, so it was her task to unload the groceries. Of course, I would have done it had she waited a while. Continue reading →