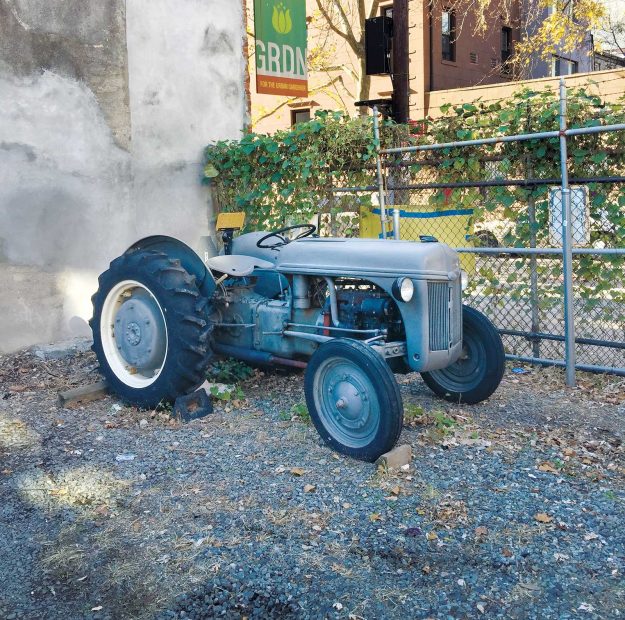 A Son Realizes the Importance of Tractors, Time Passing and the Connection to his Father.

When I was a kid, we spent the last two weeks of every summer in Waldoboro, Maine. This was my favorite part of summer vacation. In late August, we would all cram into our tiny sedan and drive six hours from Brooklyn, New York. The car ride was a little rough, but once we got there, I was in heaven. I loved swimming in the cold Atlantic, building sand castles, catching crabs and eating as much fried food and ice cream as I could fit into my adolescent body. I never wanted it to end. 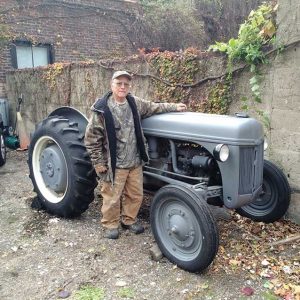 My dad with his pride and joy.

Unlike Brooklyn, everything in Maine is spread out, so a good portion of our trip was spent driving around rural parts of “vacationland.” Our annual tradition was to drive from Waldoboro to the Union Farm equipment store outside of Rockport to look at farm equipment. My father loved to slowly walk up and down the aisles of tractors, combine harvesters and plows. He would imagine how different his life would have been had he grown up in the country instead of the city. My brother and I would run around in the muddy lot and throw rocks at each other. I remember times when the mud was so thick, my father would have to come over and pull me out of my boots.

I don’t think I could have been any less interested in tractors. At some point during my father’s tractor meditation session, he would grab a hold of one of us and encourage us to admire the beauty of the machines. I just couldn’t see it. I thought tractors were noisy and slow and I was more interested in things like computers and Game Boys.

During one particular farm equipment pilgrimage, my father announced that he was buying a tractor. He brought us over to this giant, rusty piece of iron with cracked rubber tires and declared that we were taking this beast back to Brooklyn with us. He told us that it was a 1946 Ford 2N tractor. My mother was quiet. It was obvious that they had already discussed this purchase and she was quite uncertain about it. I was shocked. I was aware of his infatuation with tractors, but I thought he would at least buy a new one. It just didn’t make any sense to me.

After some more staring, my father went inside the store to “square away” with the man and we headed out for the day. Dad told us he was going to rent a U-Haul and drive the monster into the back of the truck. He’d tie it up and we’d drive it home on Saturday. I had immediately lost interest in the tractor until I discovered that there was a possibility that I could ride home in the truck with him.

We made it home without a hitch and for years my father tinkered and toyed with the tractor until he had fully restored it. He even shipped the engine out to Indiana to get the engine block planed. He was proud of his tractor and he tried to get me interested in it. Sadly, I just never could. I just didn’t see the point to owning a thing like this. I understood that it was historic, but why not a Chevy Nova or a Mustang? At least those have a roof and they’re fast. I would argue with him about how “uncool” the tractor was and he would tell me that someday I would understand.

It took a long time. Nearly twenty years after inheriting the tractor, I finally understand. During those twenty years, I lost friends and family, graduated from college, got married and started a family of my own. In realizing how quickly time passes, I now have an appreciation for things from the past that move more slowly. My son and daughter turned two and four in December, and I feel like they were just born. 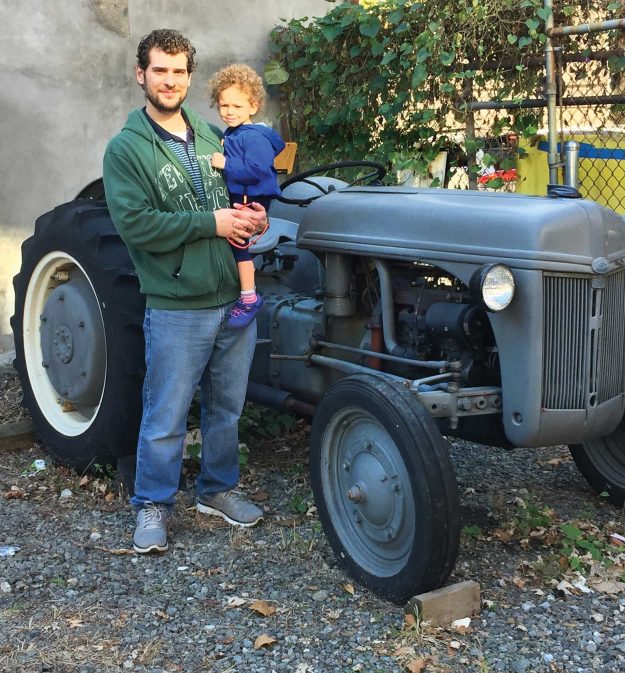 The author with his daughter Ellie.

I see gray hairs pushing through on the sides of my head and I find myself searching for things that make time slow down. Knowing this isn’t possible, keeping a piece of history seems like the next best thing. I now understand why my dad bought his tractor and I have a greater appreciation for his love for his machine. 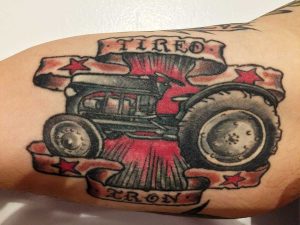 To honor the tractor and my father, I got a tattoo on the side of my arm.

Like most kids, I only wanted things that were “cool,” that is, sleek and new. I now know that cool quickly becomes “uncool” and sleek goes out of style and everything that is new eventually gets old. Technology changes so quickly and unlike modern technology, my dad’s tractor is timeless. It is a functioning piece of history that can still hold its own even at seventy years of age. Feeling old at times myself, I can now appreciate the simplicity of this machine. I believe that it represents a time when industriousness, determination and virility were prized aspects of a person’s character. For my dad, this tractor represented those traits. He is a man who identifies himself by the hard work he has done and by the things that he has built that will stand the test of time. 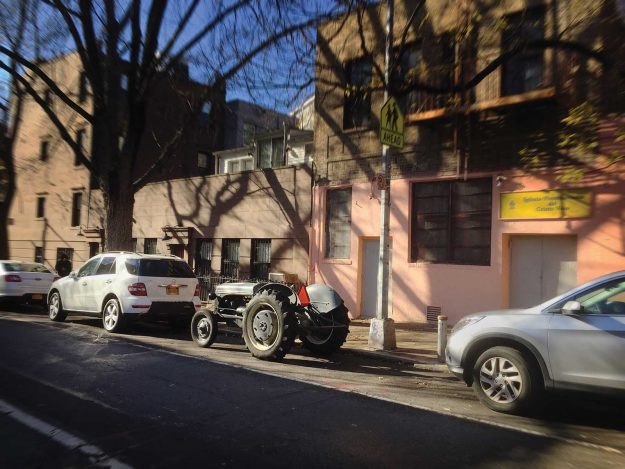