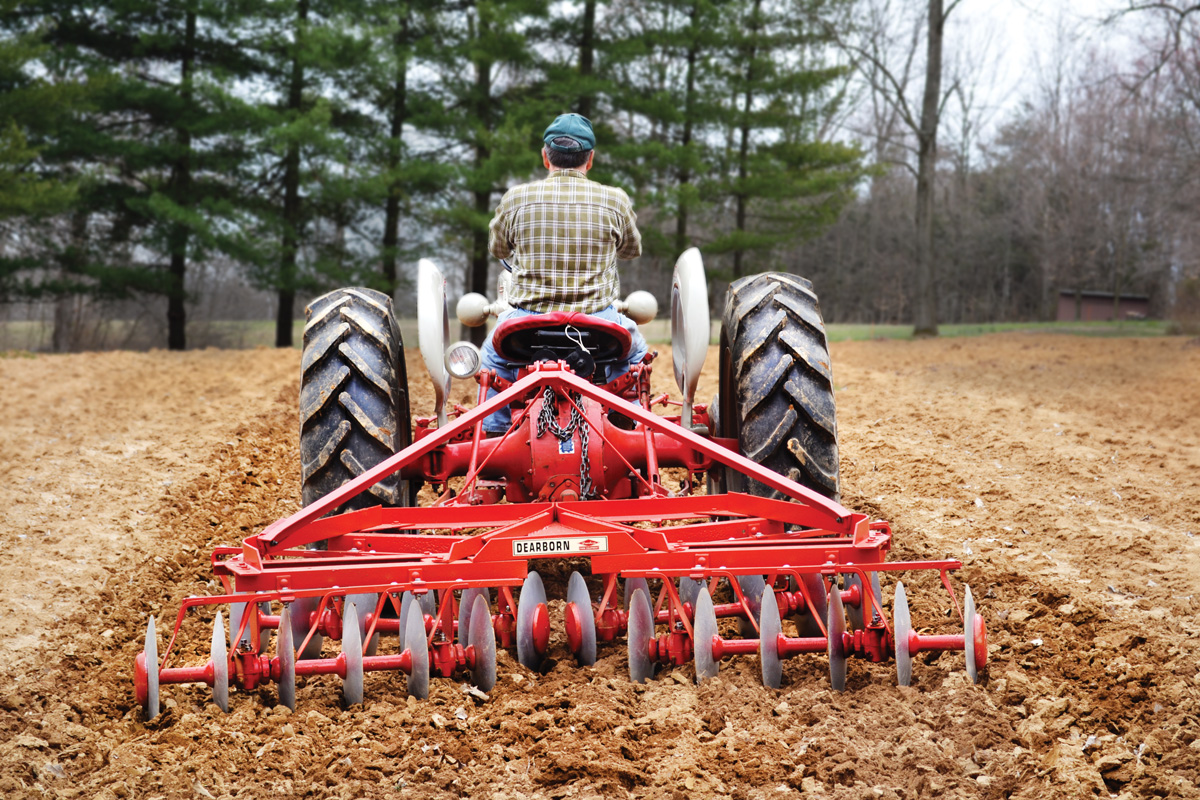 Wayne Wiseman finishing up a bit of discing.

When I received my N-News Vintage Tractor calendar last year, the picture of the 8N tractor and lift-type disc (May 2013) caught my eye. I had acquired a lift-type disc, but in very rusty and worn condition. I didn’t know anything about the disc, but I read on the metal plate that it was a Dearborn with a model number of Lift-E. As I own a 1958 Ford 861 PowerMaster, I thought this disc should be worth rebuilding and would be a good match with my Ford tractor. I will admit I nearly brought it to the scrap yard as the disc did not function properly, but the picture in the calendar changed my mind. With help from N-News and exploring the internet, I determined that I owned a Dearborn Lift-Type Tandem Disc Harrow. Mine is a 6 foot disc and I think the one in the calendar is 5 foot model, though it is hard to tell. I purchased the disc in 1983 and paid $265.00 for it. 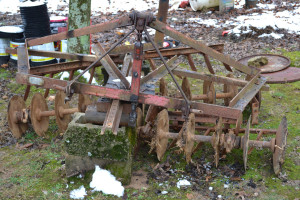 I emailed Woodex Bearing Company that advertises Wood Disc Harrow Bearing. They replied that the type of disc I have does not use wood type bearings. I then checked with Agri-Supply and they had the complete replacement bearing assemblies. I needed eight, and found that the cost was more than I wanted to invest in a garden disc.

The next step was to try and make metal inserts similar to engine rod bearing inserts. Each bearing assembly in the disc has a total of six inserts. The disc has eight bearing housings, which meant I would need to make a total of 48 metal inserts, three on the top half and three on the bottom half of each bearing assembly. I used thin metal and checked the amount of wear and then measured the thickness. I cut flat metal approximately 1” wide and 3” long with a thin blade in a 4½” angle grinder. I used a torch to heat the metal strip until they were red hot. I formed the metal strips to the contour of the bearing assemblies using a hammer. I then spot-welded the metal inserts on each end and installed the bearing housing on the axle spools, turning the bearing housing to check the tightness. 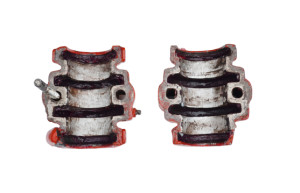 If it was too tight, I would grind off a small amount of the metal inserts until the housing turned freely when installed on the axle spools. I did some repair work on the remainder of the disc and then primed and painted the whole implement. I filled the bearings with grease, hooked the disc to my 1958 Ford 861 PowerMaster and tested the disc in the garden. The disc functioned very well and I rated the outcome of the project as “very well satisfied.” 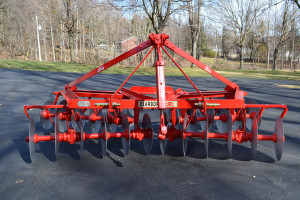 Harrow done and ready to work.

I will point out that I only use the disc once a year in my own garden. If I had planned on using the disc for acres of work, I would not have chosen to rebuild – I would have purchased the new parts. With plenty of grease and in its current level of use, I am confident the disc will last for many years.

My Ford equipment inventory includes the 1958 Ford 861 PowerMaster tractor, a two bottom Ford plow with shear pins, and a Cordwood saw and this six foot disc. I feel great that I saved another Dearborn implement from the scrap yard and will pass it on some day. Until then, I will continue to be a happy gardener using my Ford implements. 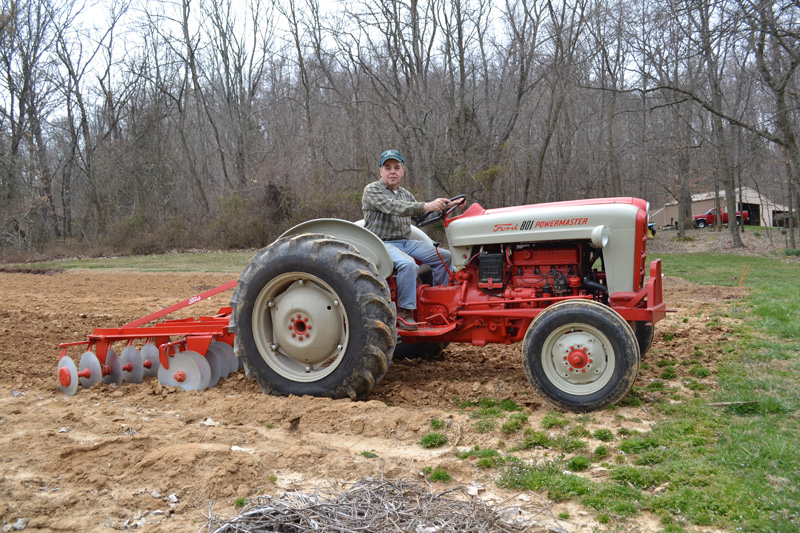