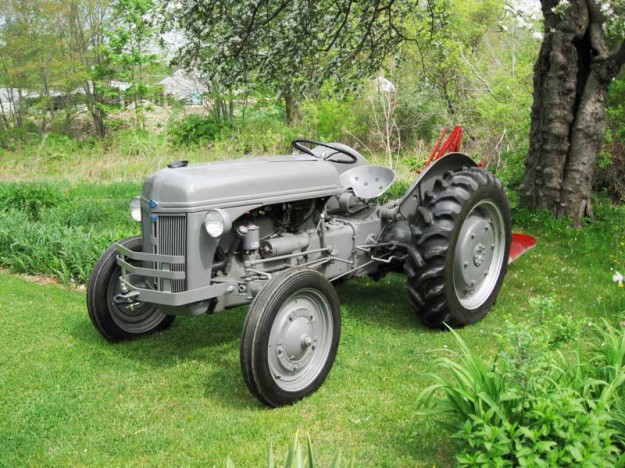 I purchased this tractor from a mechanic friend at Kaman Aerospace in 2003. He lived in Canterbury, CT and used the tractor for hauling wood. The tractor originally came from a farm in Hebron, CT. Since I acquired it, it has spent most of its time under cover in the barn.

When the 9N was launched, it became evident that a more versatile transmission would be a big improvement over the standard 3 speed. The Sherman brothers soon built the Sherman auxiliary transmission.

Restoring this tractor back to a more original condition began in 2003. After being torn down, the engine was rebuilt, new king pins installed, clutch, and general mechanical repairs. Sheet metal hood and grill were replaced. When sanding down the numerous coats of paint, an original orange color was found which may indicate the tractor was used by State of Connecticut or other municipal agency for probable roadside cutting or plowing. The tractor must have gone to auction when it outlived its usefulness. I now use the tractor for some plowing with a two-way single bottom and also to drag and dress an indoor/outdoor riding arena at the Woodstock Acres Riding Stable in Woodstock, CT. 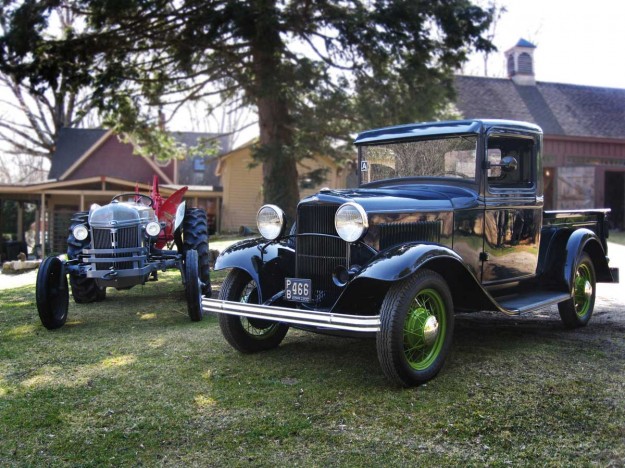