Abraham Lincoln was a man of tremendous capacity and drive. He was the 16th president of the United States and the first to be assassinated. He managed his political times (both in the Senate and as President) by balancing the needs of his friends and his opponents. In short, he was a consummate politician who led the nation through extremely volatile times. Emotionally, he was prone to depression and bouts of darkness. 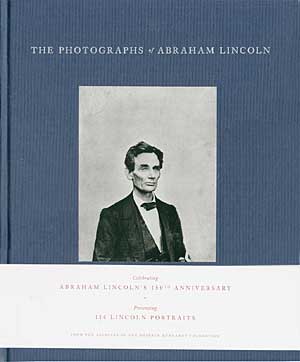 Yet it was Lincoln that somehow led this country out of the highly divisive 1850-60s, past the Civil War and put us on a path to find some semblance of balance. But none of that is in this book. This book of 144 photographs draws on the archives of the Meserve-Kunhardt Foundation. Lincoln was arguably the first president to fully embrace the new field of photography to his advantage. Here, we could see a man age as he took on the mantle of helping to mend a divided country. Hardcover, big and beautifully printed, this book originally sold for $55, now as a remainder, just $21 plus shipping.